Welcome to RF Insurance,
we are here to help you.
FacebookGoogleLinkedin 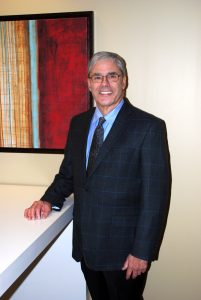 Rich grew up in Cupertino, California before it became the heart of Silicon Valley. In university, he studied Semiconductor Theory, receiving his BSEE from the University of Santa Barbara and worked for Signetics Corporation upon graduation as a process engineer in their wafer fabrication facility in Sunnyvale. Upon completion of his MBA from Santa Clara University, Rich founded an independent insurance agency in the Fresno, California area in 1979, focusing mostly on commercial property & casualty insurance. After a successful career, he sold his business in 1985 to begin a 25-year sales and marketing career with Philips Semiconductor, living in Dallas, Atlanta, San Diego, and San Jose. During this time, Rich worked up the ranks of global sales and became the Senior Director of Wireless and Computing Business in North America.

In 2014, he purchased a large captive insurance agency in Tucson, AZ and then transitioned it into an independent agency in 2016. Rich has a unique background in both technology and insurance allowing him to bridge both worlds. His passion continues to be commercial property & casualty insurance and he emulates his concierge service by offering more individualized, responsive service to his clientele. Rich brings specialized commercial insurance packages to his clients throughout the Southwest. With his contacts in technology and his experience in homeowner associations, real estate property, and small/middle sized businesses, he brings his experience and direct service to accounts in the $5,000 to $100,000 premium size.

Want to get quotes and insurance advice from us?